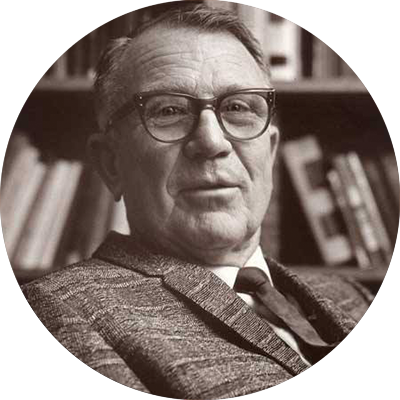 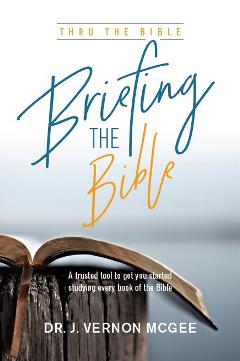 Our newest resource, Briefing the Bible, is a book devoted to walking you through the pages of the Bible, book by book. Order a paperback copy in our online store today. Over the years, many have appreciated having Dr. McGee’s Notes & Outlines alongside their Bible when they study. You can still download those for free, by the book, on our Notes & Outlines page. You can also get them all in one resource–for free!

About Thru The Bible

At the core of what Thru the Bible is and what we do, is the conviction that the Bible is true and trustworthy. We believe God uses His Word uniquely in each of our lives to transform the way we think, believe, and live. How does He do this? We believe that, in part, He does this by telling us His own story: The story of His love, His redemption—a story that He planned and put into place before our time began. At its heart, it’s the story of how He has opened the way for us to know Him, to love and obey Him, to grow deeper day by day in the ways we trust Him. It’s a beautiful story that gets better every time we hear it. It’s the story Thru the Bible tells every day on the air and invites people to listen. Dr. J. Vernon McGee, our founder and teacher, loved to tell the story more than anything else in the world. He began teaching on the radio in 1941, hoping that the San Gabriel Valley and the metropolitan Los Angeles area would pay attention and respond to the wonders of the Bible, simply told. And to his surprise, people listened. Because not only is the Bible a good story, and Dr. McGee a good storyteller, but through the Bible is also the primary way God draws us to Himself. While teaching in the book of Hebrews, Dr. McGee said, “The only way you and I are going to stay close to Jesus is to stay close to His Word . . . that’s why we’re spending time in the Word of God, and the reason I read letters from people on the air. They say ‘for the first time I found out about the joy of the Lord.’ The Christian life has been a yoke on them; all they knew was duty and discipline. But when you spend time studying the Bible, you can’t help but be drawn to the Person of Jesus. That’s what you should listen for in the letters we read—listen for the joy of walking close to Jesus.” That’s why it is not unusual for there to be many longtime, repeat travelers on “The Bible Bus,” as Dr. McGee calls the journey we take through the Word every five years. People come aboard and stay aboard because they grow closer to Jesus with each trip. And the good news is, there’s always room for more on the Bible Bus. So invite your friends. But we must be clear: People don’t come aboard because of Dr. McGee. They come because Dr. McGee points them to Jesus. No one would be more surprised than J. Vernon McGee at the worldwide response to his country preaching, with simple ways and endearing mannerisms. Yes, we honor his courage to answer the call, but we give the glory to God for the generations of lives changed. And we’ll keep telling those stories until Jesus comes again. We hope that in telling our story, we’re really telling your story . . . about the joy you found in walking closer to Jesus . . . about the gratitude you feel for that window of understanding into His Word . . . for the first time you heard the name of Jesus and knew it was Him who you’ve been looking for all along. We are privileged to hear these same stories every day, coming from nearly every nation on earth. Yes, that’s how far God has taken this simple story—to nearly every nation on earth in over 100 languages. This stunning fact alone testifies to the surpassing power of God at work, using simple jars of clay (see 2 Corinthians 4:7). The Thru the Bible story is simple . . . and deep. Just like yours. It’s a story of God reaching down to man—and man, reaching back. We’ll be telling these stories to each other throughout eternity, so you won’t mind if we get in good practice now. We love to tell the Bible’s story . . . the story of Jesus and His love. Join us on the Bible Bus today to hear it again in a new way. We’re saving you a seat.

No one would be more surprised than John Vernon McGee at the worldwide response to his country preaching, with simple ways and endearing mannerisms. We honor Dr. McGee’s courage to answer God’s call, but we give God the glory for the generations of lives changed through the preaching of His Word. His greatest compliment As a student pastor, Dr. McGee's first church sat on a red clay hill in Midway, Georgia. It was there he said he received his greatest compliment: "It was from a country boy wearing high buttoned, yellow shoes. After a morning service he came to speak to me. He groped for words, then blurted out, 'I never knew Jesus was so wonderful!' He started to say more but choked up and hurried out of the church. As I watched him stride across the field, I prayed, 'Oh, God, help me to always preach so that it can be said, I never knew Jesus was so wonderful.'" Early days John Vernon McGee was born in Hillsboro, Texas, in 1904, the son of very poor parents. At age 14, "Vernon" lost his dad to a cotton gin accident and his mother moved him and his sister to Nashville, Tennessee. Through the investment of significant mentors, Vernon was able to attend college and then seminary. After completing his education (earning degrees from Southwestern University in Memphis, Tennessee; Columbia Theological Seminary in Decatur, Georgia; Dallas Theological Seminary in Dallas, Texas), he was the pastor of churches in Decatur, GA, Nashville, TN, and Cleburne, TX. It was in Cleburne that Vernon met Ruth Inez Jordan and fell in love with her at first sight. He proposed on their second date, and the two married a year later. Eventually, he and Ruth settled in Pasadena, California, where Dr. McGee accepted a pastoral call to the Lincoln Avenue Presbyterian Church. He recalled this period as the happiest in his life, with a young family and a young congregation whom he loved. The beginning days of Thru the Bible In 1941, Dr. McGee was persuaded to begin a Sunday radio program, The Open Bible Hour, on just one station. It later became High Noon Bible Class, which laid the foundation for the 1967 launch of Thru the Bible as we know it today. Dr. McGee recorded the “Sunday Sermon” messages from the pulpit of the Church of the Open Door in Los Angeles, where he served as pastor from 1949 to 1970. After cancer surgery in 1965, the doctors gave Dr. McGee six months to live. The Lord gave him 23 more years. After retiring, Dr. McGee devoted his life to Thru the Bible. On any given day, you’d find him at the Pasadena office with an open Bible on his desk in front of a microphone. Dr. McGee and the Board of Directors planned in advance that the recorded 5-year program would stay on the air after Dr. McGee’s death. “Just play the tapes until the money runs out,” was Dr. McGee’s directive. On December 1, 1988, Dr. McGee fell asleep in his chair and quietly passed into the presence of his Savior. Today, the worldwide work of Thru the Bible continues through a small staff and the prayers and faithful giving of wonderful listeners—committed to keeping the Bible Bus traveling through the whole Word of God until Jesus comes.